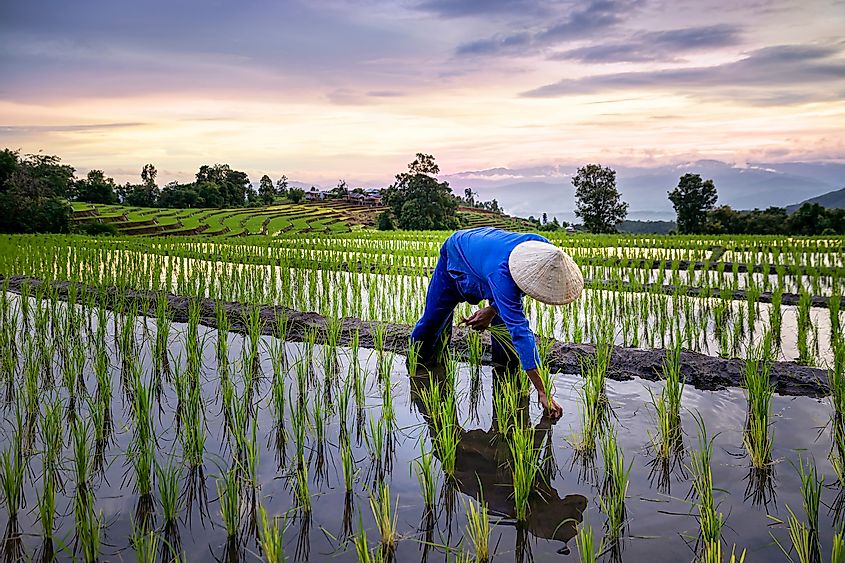 The UN aims to restructure the USD 540 billion of farming subsidies in order to improve the environment and encourage a healthier diet. According to new research, livestock and food industries are among the top carbon emitters in the world. Financial assistance provided to farmers accounts for 15% of agriculture’s overall production value globally, with the figure expected to more than quadruple to USD 1.8tn by 2030, if subsidies continue to grow at their current rate, according to the UN. Agriculture contributes significantly to climate change owing to greenhouse gas emissions from deforestation, manure, agricultural chemical substances, rice farming, and crop waste burning.

Farmers, on the other hand, are extremely vulnerable to the effects of climate change, whether it be extreme heat, increasing sea levels, drought, floods, or locust attacks. ” Countries now have a chance to turn agriculture into a key engine of human health and a response to the impending dangers of climate change, biodiversity loss, and pollution,” said Inger Andersen, government director of the UN Environment Program. Farming allowances, which include tariffs, price assistance, and subsidies for inputs such as fertilizers, etc. Skewed production in the favor of these industries, which were also listed among the worst high carbon emitters, according to the research. The situation is exacerbated in wealthy countries, which disproportionately consume more dairy and meat. Farmers have fewer motivations to diversify their goods to healthier meals in less developed foreign areas, where grain production receives the most support. The research comes ahead of the UN Food Systems Summit next week, when the sector’s impact on hunger and climate change will be discussed, as well as the COP 26 climate convention in Glasgow this year. The argument over farming’s environmental impact has recently heated up, particularly as up to 17% of all food produced globally is either lost or wasted.

According to the research, converting land for agricultural purposes has resulted in a 70% reduction in global biodiversity and 50% of all forest cover. The food industry, which accounts for almost three-quarters of all greenhouse gas emissions, maybe a major polluter of air, freshwater, and seas. The UN calculated that such hidden costs to the public’s well-being and the environment amounted to around USD 12 trillion each year. This includes USD 6.6tn in health concerns caused by obesity, malnutrition, and air pollution; USD 3.3tn in environmental and climatic impacts caused by agriculture; and USD 2.1tn in wasted food and fertilizer leaks. As a result, the actual worth of food and its production was “undervalued,” according to the UN, there were better means for governments to assist meal manufacturing. The paper cited attempts in India’s Andhra Pradesh, where the transition to chemical-free farming resulted in higher yields and reduced crop loss. “Repurposing agricultural support to shift our agro-food systems in a greener, more sustainable direction, including by rewarding good practices such as sustainable farming and climate-smart approaches, can improve both productivity and environmental outcomes,” said Achim Steiner, Administrator of the United Nations Development Program.