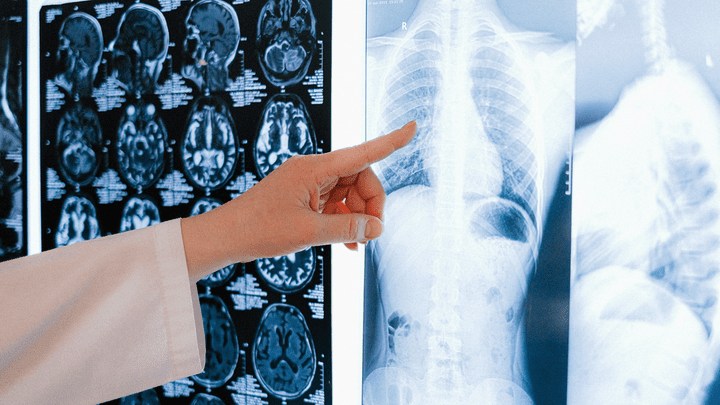 Unfragmented Hyaluronan Might Be Helpful In Treating Severe Lung Disease

Scientists from the National Institutes of Health (NIH) have come up with a new study, which shows that inhaling unfragmented hyaluronan might be useful in the treatment of severe lung disease. Experts have said that hyaluronan revamps the functioning of the lungs in patients who are dealing with the upsurge of chronic obstructive pulmonary disease (COPD). Hyaluronan is a sugar, which is produced by the living tissue, which works like a scaffold for cells. It is used in cosmetic products such as skin moisturizers. It is used in nasal sprays as well to moisturize lung airways. Scientists have said that treatment with hyaluronan has been able to reduce the stay of COPD patients in intensive care, who have been on breathing support. Patients, who have been suffering from COPD and treated with hyaluronan, have been discharged from the hospital earlier than those who have not been given the same treatment. The study has been able to show how probing the effects of environmental pollution on the lungs can result in a potential treatment. The findings of the study have been released online in Respiratory Research. Earlier, co-senior author of the study Dr. Stavros Garantziotis, who is the medical director of the Clinical Research Unit at the NIH, has shown that exposure to pollution breaks down the hyaluronan in the lungs into tiny fragments. These fragments aggravate lung tissue and trigger the immune system, which results in constraint and inflammation in the airways. He has said that inhaling unfragmented hyaluronan can reduce the inflammation in the airways by outpacing tiny pieces of hyaluronan.

The authors of the study have demonstrated the analogy of how the inflammation takes place in the lungs. They have said that hyaluronan encircles the cells as mortar encloses bricks. The way introducing pollution leads to cracks in the mortar and splits it into smaller chunks, these smaller chunks in the body infuriate the body and stimulate the immune system, which leads to inflammation. Reintroducing the full-length hyaluronan is less irritating for the body and eventually eases the inflammation in the airways. The use of hyaluronan has been approved in Italy for moisturization of the airways. Dr. Stavros Garantziotis and his teammates have worked on this to see if full-length hyaluronan can revamp the lung function in severely ill COPD patients. Experts have said that patients have been put on a breathing apparatus during the treatment, which is similar to a continuous positive airway pressure (CPAP) tool. This tool provides breathing support by gusting air into the airways via a mask. The study has proved that hyaluronan is stimulating support for patients who are suffering from COPD, as it is safe and easy to use. Experts have said that it works locally only in the bronchial tree. It does not interfere with any systemic medications.

Experts have tried to find out the reason behind the airway restraint in the lungs of patients who have been suffering from COPD. They have said that thick mucus might be a cause of restraint in the airways. The NIH scientists have joined hands with the University of Alabama at Birmingham (UAB) and produced airways cells in culture from emphysema patients. They have observed the movement of mucus in the cells of the airway. They have claimed that the mucus has been able to move more easily after treatment with unfragmented hyaluronan. The study has noted that it will speed up the recovery and make transportation of mucus easier in patients with severe COPD treatment with hyaluronan. At present, inhaled steroids, antibiotics, antibiotics, and bronchodilators are some of the treatments, which are available for lung diseases. Using a molecule, which is produced by the body itself, is a new concept. Now, experts are planning to observe this treatment in more patients in the US to determine the efficacy and dosing of this therapy.