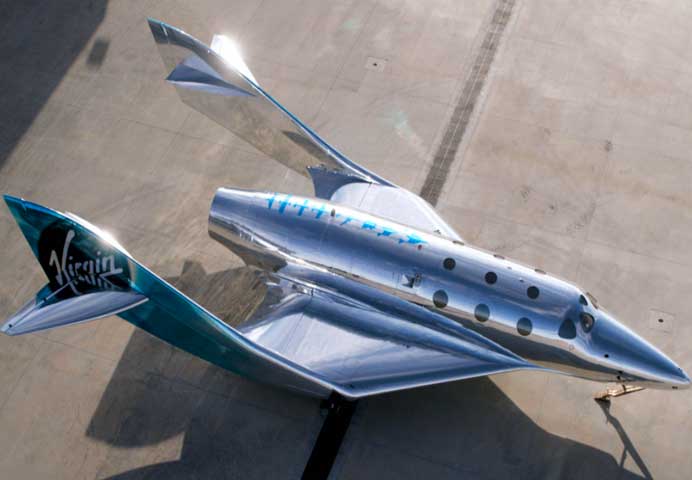 Virgin Galactic has unveiled VSS Imagine which is the first in the list of the company’s third-generation spaceships. This is different from the American spaceflight company’s VSS Unity in a number of ways. The most striking difference is that it has a mirror-like finish. This makes it reflect the environment around it because of which the spacecraft looks like it is changing colour continuously. The rollout gives the company the second spacecraft that it can test. The space tourism company is already in the final development testing of VSS Unity. Virgin Galactic CEO Michael Colglazier said that in order to scale the business, they will require many more spaceships, and that too with much quicker turnaround times.

VSS Imagine is the third spacecraft designed by the company. The first was VSS Enterprise and was destroyed in 2014 during a fatal test flight accident. The second is VSS Unity and has successfully conducted two spaceflights. The most recent flight was in February 2019. Colglazier said that the company has learned a lot of things from the flight testing of VSS Unity and has tried to incorporate the necessary changes in VSS Imagine. “The flight testing of Unity helped us understand things in the right way. We are now aware of things that need to be tackled on a regular basis in order to provide easy access to people,” the chief executive officer said.