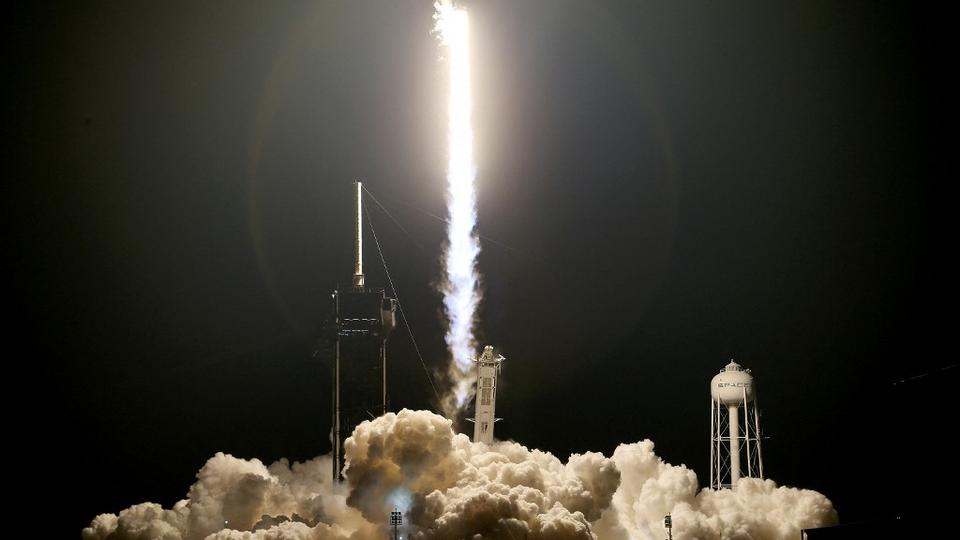 Four people created history after they splashed into the Atlantic Ocean off the coast of Florida onboard a SpaceX capsule. They became the world’s first all civilian orbital crew to visit Earth’s orbit. They remained there for three days without any professional astronaut with them and have now landed back on the Earth. Billionaire Jared Isaacman, who also happened to be the mission commander of ‘Inspiration4’ thanked SpaceX for making this happen. “It was a heck of a ride for all four of us. Thank you so much SpaceX,” Isaacman said during the company’s live stream. The crew was shown watching movies during their three-day-long stay in the space. They were also occasionally heard responding to mission control from inside the fully automated spacecraft. After the stay came the most treacherous part of re-entering into the Earth’s atmosphere. During their journey back, they traveled at a speed of more than 17,000 miles per hour. The spacecraft tried to slow down using the thick blanket of air. During this process, the outside temperature of the spacecraft reached up to 3,500 degrees Fahrenheit. The capsule in which the crew was traveling has been designed to not allow the inside temperature to reach above 85 degrees Fahrenheit. The heat shield inside the cabin protected the crew against the intense heat and buildup of plasma.

After stepping out of the spacecraft, the crew members were seen smiling and waving at live stream cameras. They were whisked back to Florida by a helicopter. The crew has landed but the flight was not totally perfect from a technical standpoint. Benji Reed, director of SpaceX’s crew mission management, said that there were several issues that we worked on. “There were certain issues that the company tried to work upon. We did work on the Waste Management System. But this is perfectly fine. And you know our crew was happy and healthy,” Reed was heard saying during a post-flight briefing. Todd Ericson, director of Inspiration4 mission, clarified that the issue was only related to the fan of the waste management system. Ericson said that the SpaceX team fixed the issue by implementing a ‘backup plan.’ “My hats off to the team for doing the exceptional job,” Ericson said. However, Reed said that a temperature sensor of Draco thrusters also faced an issue. Draco thrusters have only one use and that is to move the capsule in outer space. When the issue was deducted, the company responded by taking the ‘double redundant’ sensor offline. “Draco itself was redundant and therefore it never posed a threat,” Reed said.

The National Aeronautics and Space Administration, however, said the Crew Dragon developed by SpaceX is so far the safest crewed vehicle that has ever flown. There are many others who completely trust Crew Dragon as it already has two successful trips to its name. During these two trips, there were professional astronauts on board. But this trip was different in many ways as it was the first time when none of the crew members on board the spacecraft was an astronaut. The trip was solely financed by 38-year-old Isaacman, who billed the trip as a fundraiser for St. Jude’s Children’s Research Hospital. The other notable thing is that the crew members did not stay at the International Space Station under the guidance of astronauts. There are other tourists too who traveled to orbit but they all did it under the tutelage of professional astronauts. But this time all the crew members remained inside their 13-foot wide capsule. They were flying freely around the earth at an altitude of 350 miles. Interestingly this is the first time when humans have reached this height. The crew was almost 100 miles higher than where the International Space Station is. While in space, the crew members performed some scientific research as well. This included how their bodies respond to being in space. They also spent time gazing out a large dome-shaped window called the ‘cupola’.