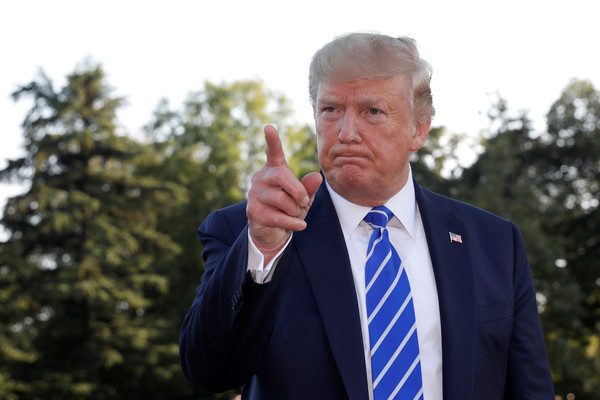 According to reports Casino Magnate and a top Republican donor, Sheldon Adelson warned Trump about the escalating problems caused by a trade war with China. The report shows that Adelson called Trump a few days ago and talked about the trade war which he started with China and possible effects which might cause him during 2020 re-elections. Adelson reportedly talked a lot about the trade war negotiations and the complications that it brings for the US economy. Rather than speaking about his own business getting affected, he discussed trade war’s side effects on upcoming elections.

Sheldon Adelson is a top supporter and donor for the republican party; hence, his words matter a lot to the president. Adelson is the founder and CEO of Las Vegas Sands Corp, which is a giant Casino company. Adelson’s company operates in China, and since the beginning of trade war, his business is also getting affected because of it.

Trump started a trade war with China over various causes, and one of them was stealing of intellectual property rights by Chinese companies. Throughout this trade war, Trump levied a considerable amount of taxes on Chinese goods and services, which resulted in an escalation of the trade war. Us economy is going through the ups and downs since the trade war has started, and now Adelson is issuing a warning to Trump about it. Many economists are predicting that the US might go into the great recession; investors are also worried about the current geopolitical situation. Trump who is looking forward to winning 2020 reelection might have to face some difficulties if the same case goes on for some time. White House hasn’t issued any official comment over Adelson’s talking to Trump about a trade war. But it indicates the importance of ending the ongoing trade issues with China.