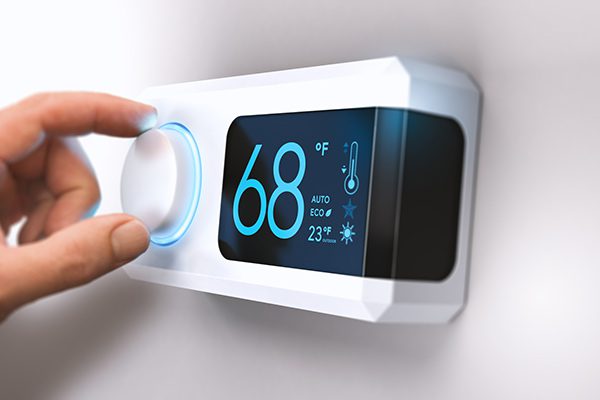 A smart thermostat saves energy as if the owner forgot to switch off the system before leaving, he/she can operate the system via the internet. The owner can also switch on the system when he/she is nearby the house that result in saving energy. The smart thermostat also adjusts the temperature according to the requirements. In addition, it can be controlled by any internet connected device. These are some of the advantages of a smart thermostat.

Commonly, smart thermostat consists of three components – smart thermostat app which is operated by phone, tablet, laptop, etc., the thermostat control, and the heating, ventilation, and air conditioning system. The smart thermostat also includes smart ‘learning’ models that use smart tacking, adjusts the temperature as members of the family are nearby, improves energy efficiency, zoned temperature control, with no programming. It saves you up to 20% heating and cooling cost than a conventional thermostat.