India’s D2C Eyewear Brigade Have Their Eyes On The Prize 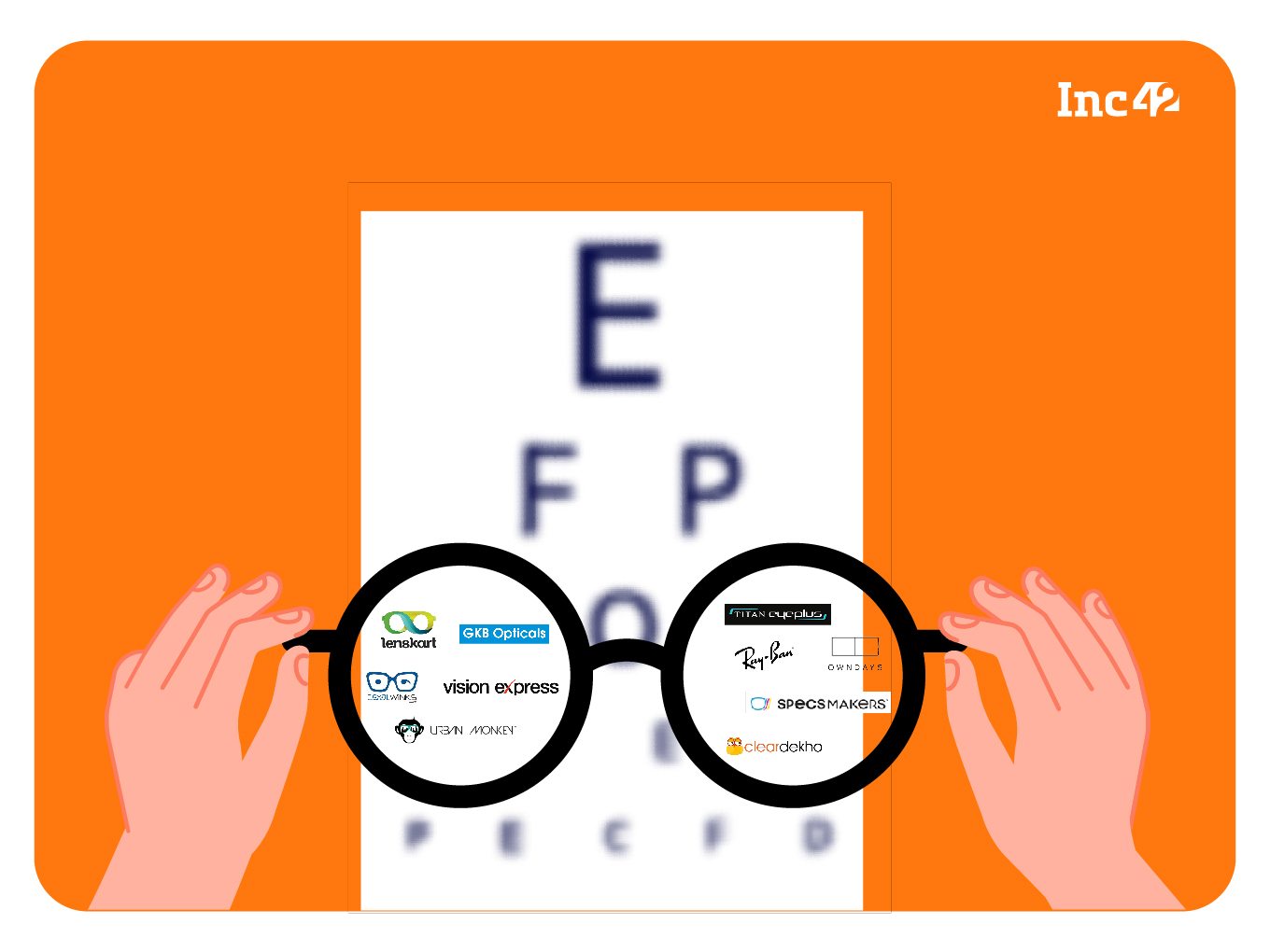 During my time as a student, one of the biggest challenges for me was reading the blackboard’s contents and accepting that I had poor vision. Somehow, at that young age, it seemed like a stigma or taboo, which took me a couple of years to overcome.

But these days, eye-glasses are fashionable, with fancy designs and fancier materials.

Despite this, vision impairment is one the largest unaddressed disabilities in the world and India alone is estimated to have 550 Mn individuals that suffer from issues in this regard. So how are startups catering to this base? Time to take a look, but as usual, here are two stories for you to stop by before that.

As per a seven-year study by the Vision Loss Expert Group (VLEG) and the International Agency For Prevention Of Blindness, in 2020, India was home to more than 137 Mn people who have near vision loss and 79 Mn who suffer from impairment.

Eyewear and eyecare startups are looking to tap this massive addressable base, and even traditional players are going D2C. 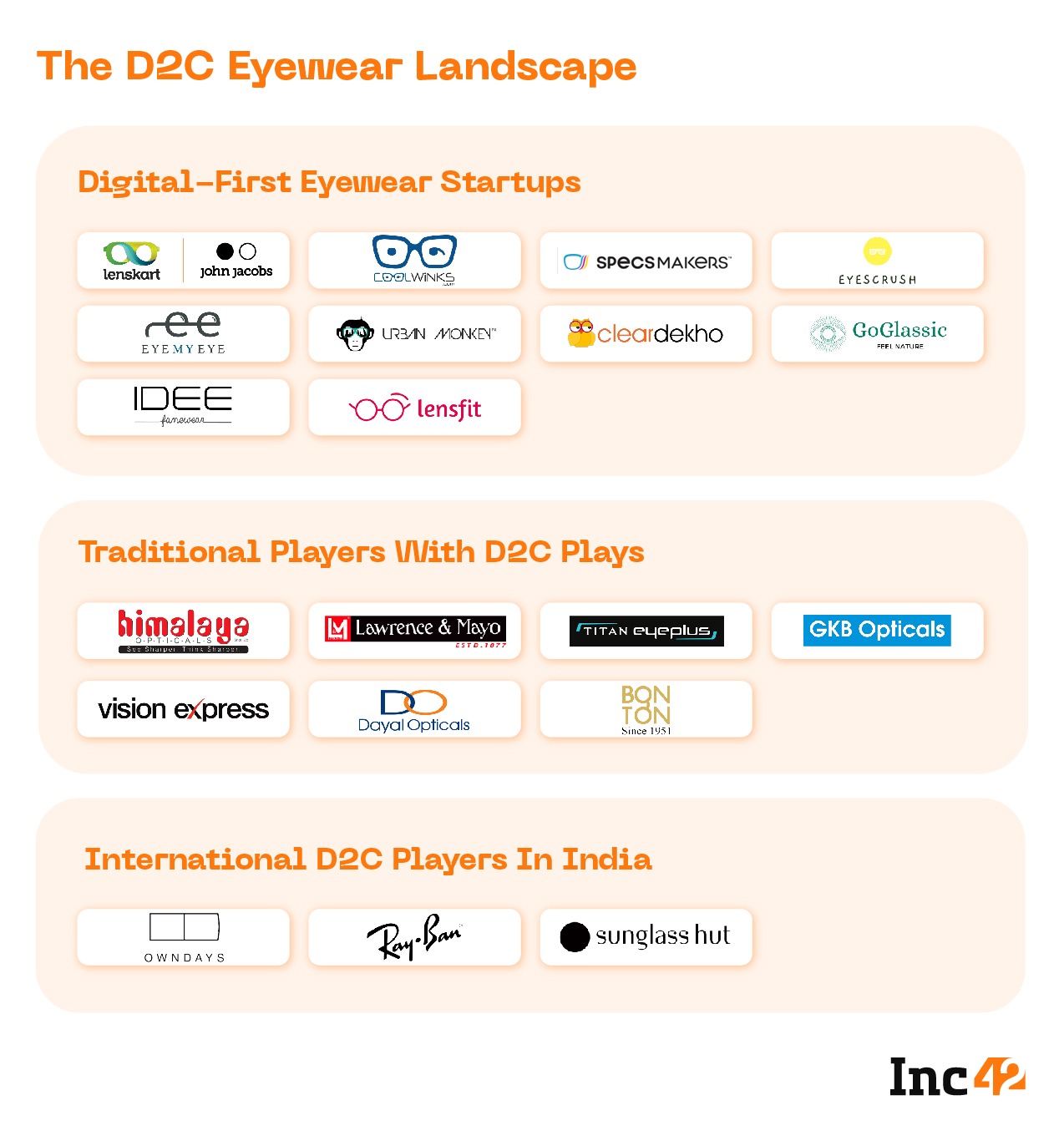 The New Players: While Lenskart is seen as the OG eyewear startup, in the past couple of years, the likes of CoolWinks, Specsmakers, EyeMyEye, ClearDekho and others have grown in prominence. As Lenskart turns its eye to international markets after opening 700 stores across India, startups in India have managed to find niches, leveraging tools to expand omnichannel operations.

The Delhi-based eyewear unicorn claims to serve more than 400K customers every month and says it has 30% share of India’s organised eyewear market. But that still leaves a lot of room for other players. In fact, Lenskart has launched a ‘Vision Fund’ for such early-stage players.

20:20 Vision: The pandemic forced most offline and traditional players to go the D2C way, especially given that even manufacturing was impacted for certain players.

“Covid-19 has given us a new avenue of business, and this is going to at least go to become 20%-30% of our overall businesses in the next 1-1.5 years,” Specsmakers CEO Pratik Shah told us last year, as the company scaled down its retail plans and focussed largely on ecommerce.

New startups are also looking to tackle issues such as the increasing incidence of myopia or nearsightedness among children and the young because of pandemic-induced behavioural changes, such as the lack of outdoor time, higher screen time and digital media consumption.

Funding In Sight: Lenskart remains the only unicorn in this segment, but other companies are rapidly expanding their market share by targeting smaller cities and towns, where Lenskart is yet to establish itself.

Eight Roads-backed Specsmakers was already a challenger for Lenskart, but it has seen competition grow with funding pouring in for the likes of EyeMyEye, which raised a Pre-Series A round last month, and ClearDekho, which bagged $4 Mn in October this year.

ClearDekho also has an omnichannel model like most other players in this space, with over 60 stores across the country. Cofounder Saurabh Dayal says the startup is aiming to add another 1,000 retail stores over the next three years by collaborating with existing optical retailers across the country.

Joining The Rush: While most digital-first startups have decided to bolster ecommerce with omnichannel operations, the opposite is the case for traditional players such as Titan Eye Plus, GKB Opticals, Reliance-backed Vision Express, Himalaya Opticals among others.

But even international brands have realised that the omnichannel model works wonders in India. Japanese premium eyewear maker OWNDAYS has expanded to eight retail locations in India, while also selling online. Ray-Ban has gone for an all-out attack on the market by selling on third-party platforms, marketplaces, through retail partners, its brand-owned stores as well as through an online D2C platform.

And we won’t even be surprised if US giant Warby Parker makes a move towards Indian shores or Italy’s Luxottica, the world’s largest eyewear company, looks to bolster its presence, having already brought Sunglass Hut, Ray-Ban and other brands to India.

A few weeks ago, we spoke about how India’s D2C food and beverages brands are on a health trip. The rapid growth for quick commerce platforms and the greater consciousness for healthy snacking and dessert choices are unlocking demand for new health-focussed products and healthier alternatives to traditional items.

The founders’ need to become healthier is what led to the birth of Delhi-based Habbit Health, a D2C vegan protein and low-calorie desserts brand. Cofounder Dhruv Bhushan’s personal struggles with weight loss led him to believe that there are gaps in the market for “appropriately designed and positioned health foods”. 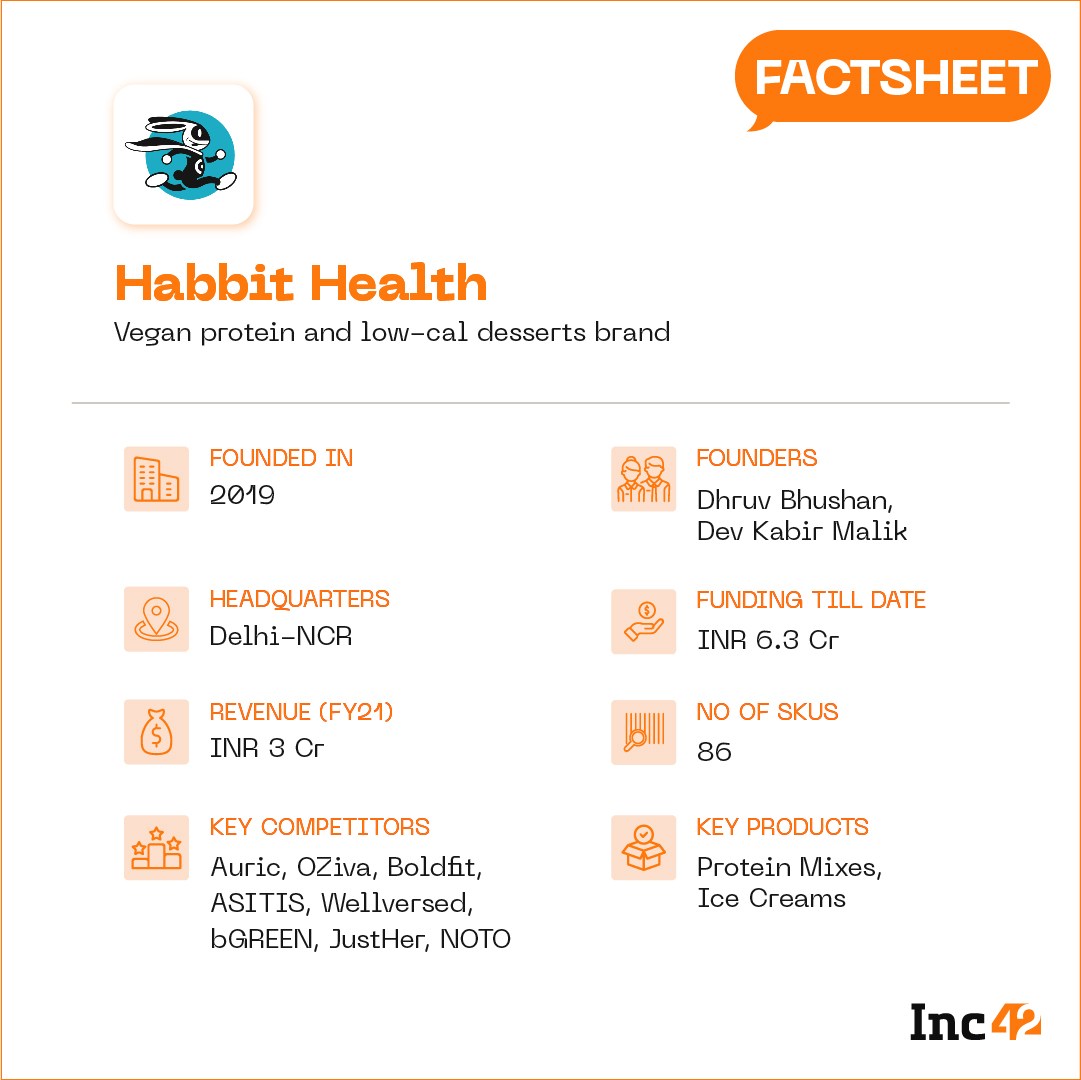 The Product Insights: The startup claims that urban Indian adults want a healthier lifestyle but 94% of this cohort leads an inactive lifestyle despite intending to go healthy. Most health food options are goal-oriented or overwhelm consumers with choices, or necessitate lifestyle changes.

Habbit set out to solve these three major problems. It chose to market the non-result oriented nature of its products, where just the consumption was enough to meet the health criteria and it’s not necessarily about promising a visual or tangible change.

”Our products should seem Inclusive and approachable (not just for gym goers or active people, but for everyone, even the guy sitting on his couch daily for 12 hours),” the cofounder said.

The Road Ahead: The startup will launch products in individually large categories, which have existing regular consumption patterns. This would ideally reduce the burden of educating consumers and involves an easier switch for them while maintaining existing behaviour. Habbit entered the desserts space this year after its vegan protein powders, with its Wise Creams lineup of healthy ice creams. The company claims to have spent one year with food scientists to create the world’s first 40-calorie ice creams, which don’t sacrifice taste for health.

“With products being consumed regularly as an inroad into the household, we hope to build a complete ecosystem around healthy consumption with layers of subscription, personalisation, services, and gamification,” the startup said.

That’s all for now.

The post India’s D2C Eyewear Brigade Have Their Eyes On The Prize appeared first on Inc42 Media.