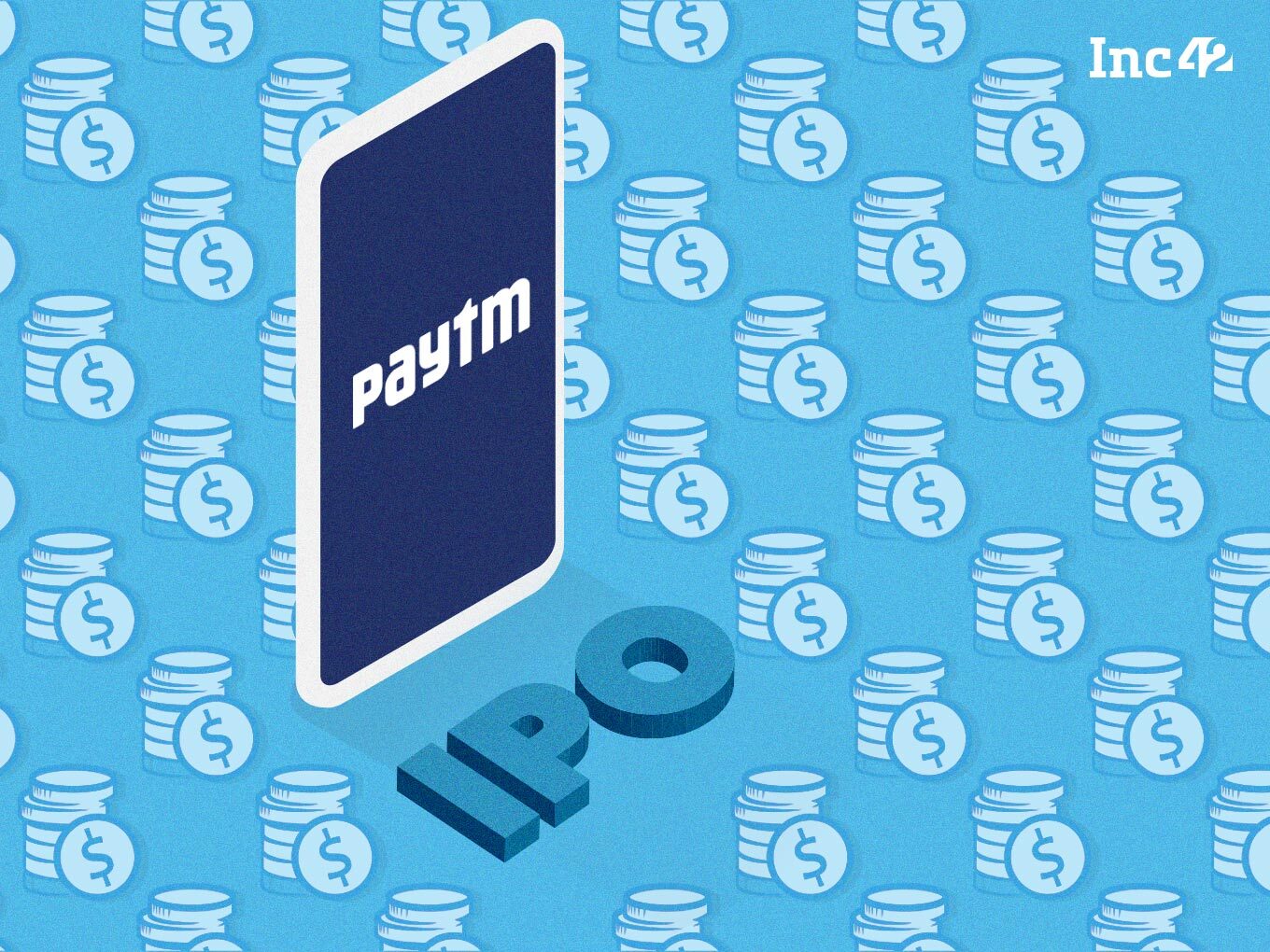 One 97 Communications, which runs the fintech giant Paytm, witnessed a 62% growth in its revenue from operations during Q1 FY22 at INR 890.8 Cr, backed by robust growth in revenue from payment and financial services.

However, the company widened its losses by 34% to nearly INR 382 Cr during the period.

During the corresponding quarter of FY21, the Delhi NCR-based decacorn’s operational revenue stood at INR 551.2 Cr.

The fintech company recorded INR 689.4 Cr in revenue from payments and financial services in the April-June quarter of the current fiscal year. The segment contributed around 77% to the overall operational revenues of One 97, the company said in its RHP filing.

Continued losses and lag in profitability have been a concern for the company. During the first quarter of FY22, its net loss increased to INR 381.9 Cr, from INR 284.4 Cr during the corresponding quarter of FY21.

The increase in losses comes largely on the back of a 40.6% year-on-year (YoY) surge in its expenses to INR 1,312.3 Cr in April-June this fiscal.

According to the RHP, contribution profit is the revenue from operations minus the payment processing charges, promotional cashback and incentives expenses, connectivity and content fees, contest, ticketing and FASTag expenses and logistic, deployment and collection cost of its businesses.

The contribution margin is the percentage margin derived by dividing contribution profit by revenue from operations.

Paytm attributed the rise in the expenses to investments in sponsorship and marketing campaigns during a cricket sporting event in India in April 2021 and on promotions for acquiring and retaining users.

“As we have expanded our offerings, we have been able to increase consumer engagement and grow our consumer base with lower costs. We intend to continue being efficient with our customer acquisition and retention costs,” it said.

As a result of improvement in these costs, Paytm said that it has been able to improve its contribution profit and margin.

In its RHP, Paytm said that it uses contribution margin as a key metric in evaluating its operating performance.

The much-awaited IPO will open on November 8th and close on November 10th at the price band of INR 2080-2150 per share. Paytm had received SEBI approval for its IPO on October 22nd.

The Delhi NCR based Paytm has increased IPO offer size to INR 18,300 Cr, from its initial offer of INR 16,600 Cr, the fintech giant said in its red herring prospectus (RHP).