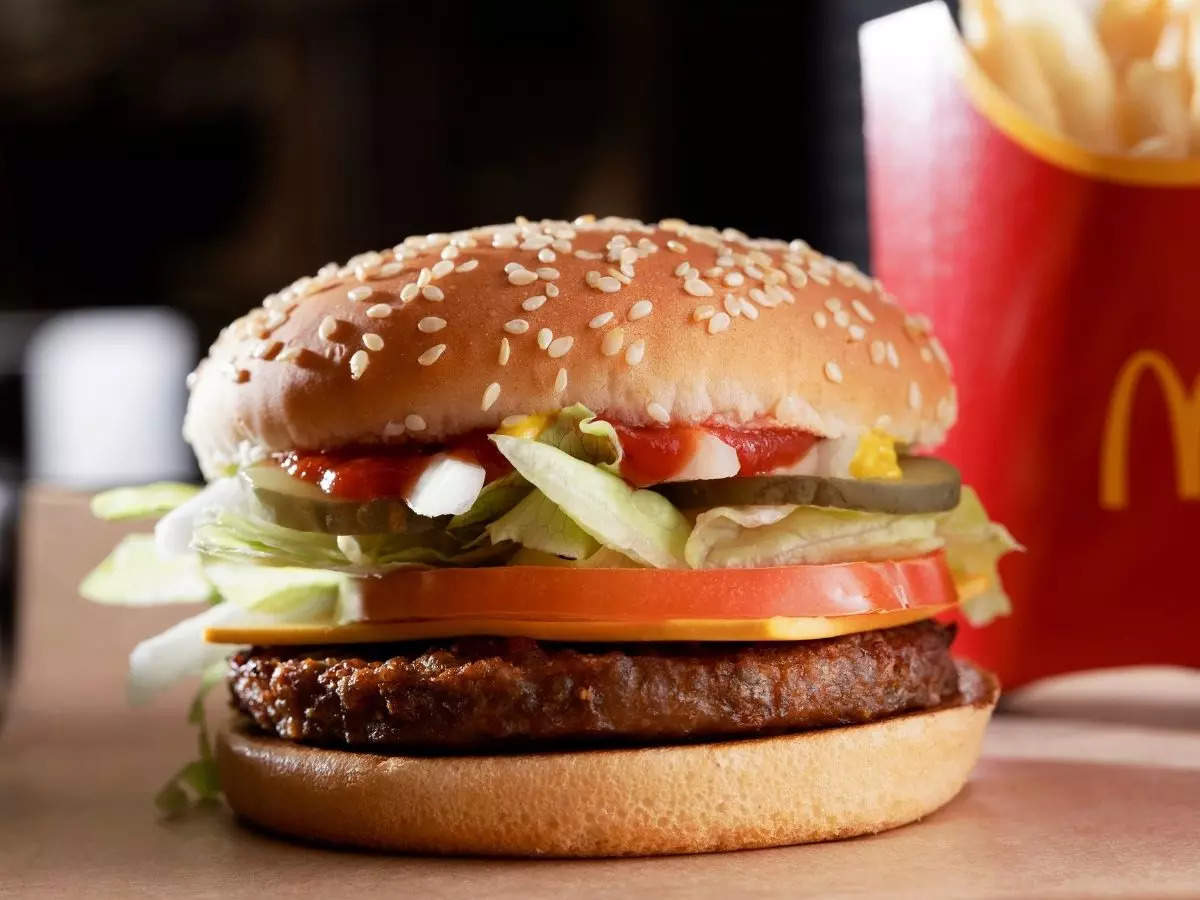 The wait for a meatless burger seems to be over as McDonald’s is all set to start the trial of McPlant. Created in partnership with Beyond Meat, this will be the first vegetarian option to be offered by the fast-food giant in the United States. The company has tested and already launched a meatless burger abroad. It said that McPlant will become available at select restaurants across America from November 3. The locations where McPlant will be available are spread across four states and seven cities. Texas, California, and Louisiana are among those. It is expected to be available for a limited time. Without announcing any deadline, the company said it will be available till the supplies last. The McPlant will consist of a plant-based patty and will be topped with classic fixings and a slice of American cheese. Fixings will include onions, tomato, lettuce, pickles, ketchup, mayonnaise, and mustard. However, the diner will have the option to request it without cheese or mayo. The McPlant burger would be served on a sesame seed bun. Talking about the patty, McDonald’s said that its main ingredients are potatoes, peas, and rice. The patty being offered by McDonald’s has been co-developed with Beyond Meat. It must be noted that Beyond Meat has been making plant-based products such as chicken and sausage. It has also launched Beyond Burger. It is also pertinent to mention that patty is meatless but it is cooked on the same grill that is used for cooking egg and meat products.

The fast-food giant has already launched a vegan version of the McPlant in the United Kingdom and Ireland. Launched in September, it is offered with special plant-based sauce and cheese. McDonald’s has already introduced plant-based burgers and countries like Netherlands, Austria, Sweden, and Denmark. The company has got official vegan certification from the Vegetarian Society of the United Kingdom. This is why there are chances that the people of America too would be soon able to enjoy the fully vegan McPlant Variation. “We are extremely happy that McPlant is finally available in Ireland and the United Kingdom. The company takes its time before launching any product because it wants to make sure that every product of ours meets the highest standards. We also want that products launched by us are enjoyed by all our customers,” Michelle Graham-Clare, chief marketing officer at the company’s UK and Ireland, said while launching the product last month. “We leave no stone unturned in innovating new ways so that we can meet the needs of our customers. With McPlant, the company is launching a product that would appeal to everyone. No matter whether you are a vegan or just fancy a plant-based patty, you are going to enjoy the McPlant.”

The main aim of the company is to target vegetarians as well as those who are so-called flexitarians. McDonald’s said that the new offering would help it understand how a plant-based patty impacts the kitchens. “The McPlant has the iconic taste of a McDonald’s burger. This offering will let us understand the impact of plant-based patty on the kitchens in our restaurants,” the company said while announcing the McPlant test in America. In order to increase its plant-based offerings, McDonald’s has signed a three-year partnership with Beyond Meat. The deal was signed earlier this year. McPlant burger is the result of the first collective product of the partnership. Commenting on the partnership, Beyond Meat CEO Ethan Brown said that the company is proud to have entered into a strategic global agreement with McDonald’s. “We are looking forward to serving McDonald’s as it planning to expand its menus globally. Beyond Meat will combine its relentless approach to innovation with the global brand strength of McDonald’s. Jointly we would introduce craveable plant-based menu items.” Meanwhile, McDonald’s is late to enter the rapidly growing plant-based fast-food chains. White Castle, Dunkin’ Castle, Panda Express, and Wendy’s are already offering plant-based products. Burger King has already introduced a plant-based version of the Whopper – Impossible Whopper – across all its restaurants in the United States. Similarly, Ikea recently launched its extremely popular Swedish meatballs’ plant-based version – plant balls. This signifies how widely people are accepting vegan variations at most of the prominent food establishments in the world.