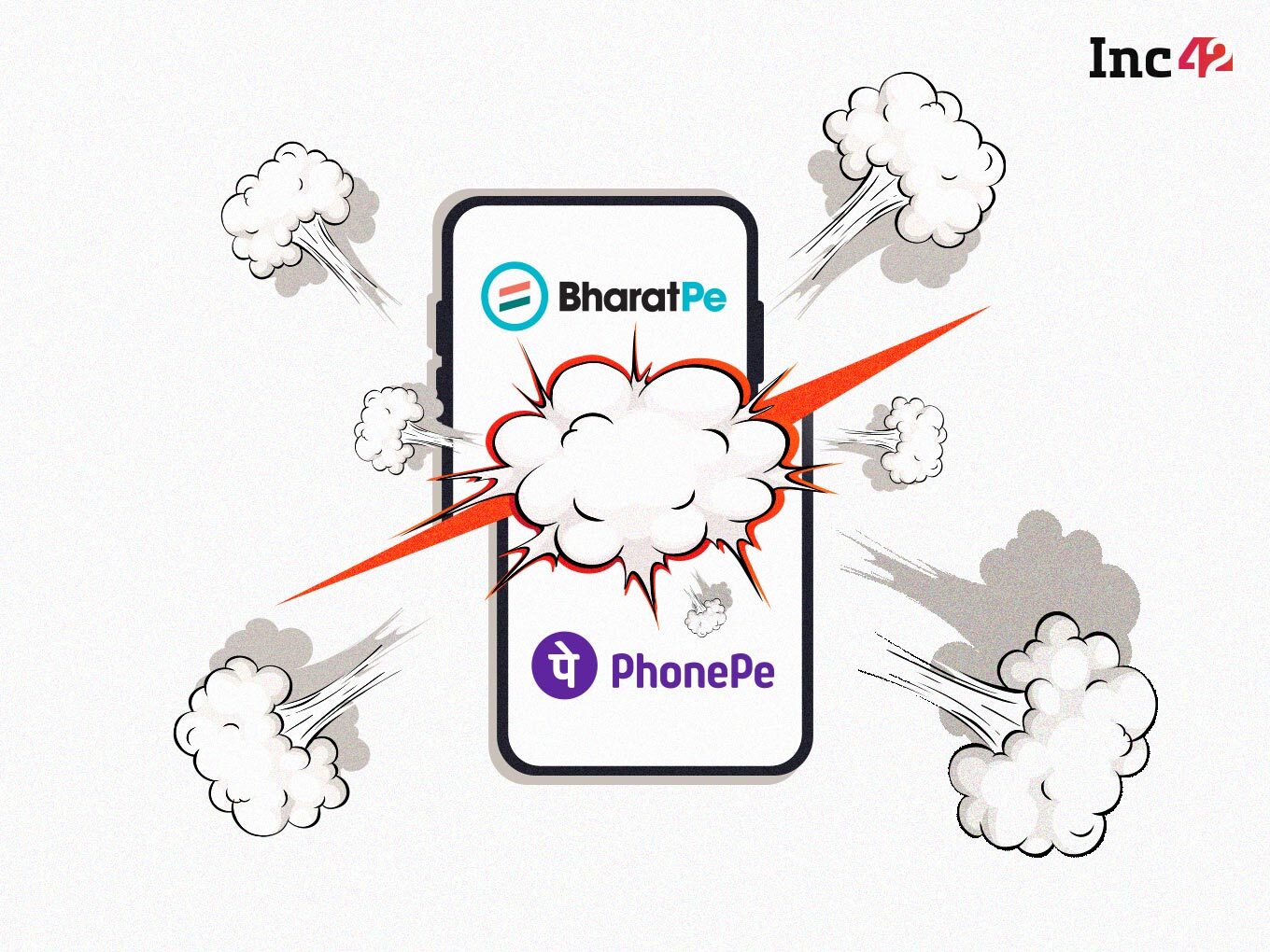 The fight for the “pe” suffix seems to have intensified. Delhi NCR based fintech unicorn BharatPe has filed six cancellation actions with the Delhi HC’s Intellectual Property Division against multiple registrations held by PhonePe for the “Pe” suffix in the Devanagari script.

The development comes days after PhonePe withdrew its injunction plea with the Bombay High Court against BharatPe’s usage of the ‘Pe’ suffix for its newly launched ‘buy now pay later’ offering, postpe.

BharatPe spokesperson said, “Purity of the trademarks register is in the larger interest of the public at large. By taking on a trade mark for the “PE” device mark in Devanagari Script in classes relating to payment services in a country like India, where Hindi is the primary language of the masses, PhonePe has acted against the larger public interest, and Resilient is committed to undoing this.”

“PhonePe has been asserting its registration for the “PE” device mark in Devanagari Script as being equivalent to the English word “Pe” / “Pay”. This was the same position taken by PhonePe in a recent case filed by it before the Bombay High Court against Resilient’s use of the mark “postpe”, which stands withdrawn at present,” the spokesperson added.

Earlier this year, Delhi High Court had dismissed an injunction plea by Walmart-owned PhonePe against BharatPe for the use of ‘Pe’ as a suffix in the company’s brand name.

However, to address certain observations made by the court in the pleadings filed by PhonePe, the suit was withdrawn with liberty to file a fresh suit challenging the adoption of mark PostPe/postpe by Resilient Innovations.

“Even though both the Delhi High Court and the Bombay High Court have prima facie found PhonePe’s assertion to be incorrect, Resilient has filed these cancellation actions so as to provide a level-playing field to all stakeholders in the digital payment space once and for all,” BharatPe spokesperson said.

The legal tussle between the two fintech players over trademarks date back to 2018 when PhonePe sent a legal notice to BharatPe seeking the removal of the suffix.

BharatPe was founded in 2018 by Ashneer Grover and Shashvat Nakrani. It entered the unicorn club in August after it bagged $370 Mn in a Series E equity round led by Tiger Global at a valuation of $2.85 Bn.