Home / This is What Facebook’s Upcoming Smart Watch Looks Like

This is What Facebook’s Upcoming Smart Watch Looks Like

Meta, the company formerly known as Facebook, has been working on a smart watch designed to compete with the Apple Watch since early this year, and now Bloomberg has obtained pictures of the device. 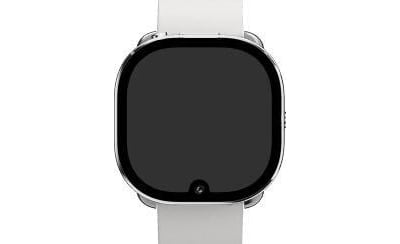 The smart watch has a design that’s not too far off from the Apple Watch, but it is wider and rounder with more curved edges. There is a camera at the bottom of the display, along with a control button on the right side.

According to Bloomberg, the watch features a detachable wrist strap and a button at the top of the case. Prior rumors have suggested the watch will have a detachable display with two built-in cameras for taking pictures and videos to share to Facebook, Instagram, and WhatsApp.

The device will offer a cellular connection that does not require a smartphone, and wearers will be able to send messages with services like Messenger and WhatsApp. It is also expected to have built-in health tracking features like a heart rate monitor.

Meta, which operates social networking site Facebook, already sells Oculus virtual reality headsets and the Facebook Portal video calling devices, but the smart watch will be its first wearable. Meta is planning to launch the watch as early as 2022, but there is no solidified timeline for release as of yet and plans could still change. If the device does debut in 2022, it will compete with the upcoming Apple Watch Series 8.

This article, "This is What Facebook's Upcoming Smart Watch Looks Like" first appeared on MacRumors.com