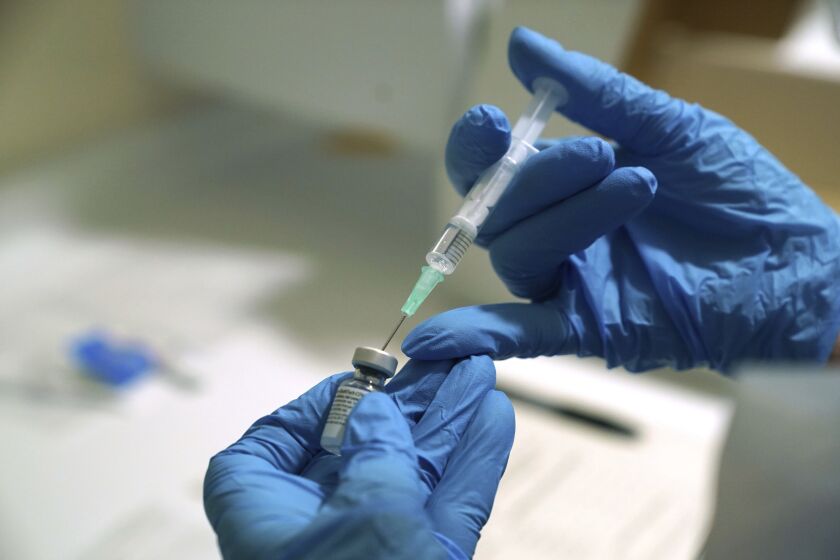 New research has shown that all three COVID19 shots that are accessible in the United States, Pfizer-BioNTech, Moderna, and Johnson & Johnson have lost some of their protective force since the delta variant of the SARS-CoV-2 virus has started spreading in the United States. The findings of the study have shown that the effectiveness of all three shots has fallen somewhere between 35 percent to 85 percent in a large group of veterans. The authors of the study have looked at the health data of around 800000 US veterans. They have found that in the month of March when the delta variant has just started picking up in communities of the United States, the three COVID19 shots have been roughly equal in their capability to avert COVID19 infection. However, it has drastically changed in the next six months. Experts have said that the two-dose Moderna COVID19 shot that has been measured as 89 percent effective against the disease in March, has been only 58 percent effective towards the end of September. The COVID19 shot that has been developed by Pfizer and BioNTech has been around 87 percent efficient in blocking COVID19 infection in the month of March. However, the efficacy of the shot has been reduced to only 45 percent by the end of September. The single-dose shot that has been manufactured by the Johnson & Johnson has been proved to be around 86 percent potent in the month of March. Shockingly the effectiveness of the shot has reduced to 13 percent toward the end of September 2021.

The US Centers for Disease Control and Prevention (CDC) has suggested booster shots for people who have been immunized with a single-dose Johnson & Johnson shot at least two months earlier. The agency has suggested booster shots six months after the second dose of Pfizer and Moderna shots for people who are 65 years and older. People who have weaker immune systems as well are eligible for booster shots as they are more susceptible to COVID19. People who reside in nursing homes and other group venues and those who work in high-risk settings such as hospitals and prisons as well are eligible for booster shots. Nearly 50000 veterans included in the study have been immunized. The study has offered the most inclusive comparison of how these three COVID19 shots have performed in the US after the delta variant has hit the nation. Veterans enrolled in the study have been taken care of by the Veterans Affairs’ Unified System that offers health care amenities to 2.7 percent of the US population. The participants of the study have belonged to different ethnicities and races. Around 48 percent of them have been in the age group of 65 years and older. Nearly 29 percent of them have been below 50 years of age. The outcomes of the study have been reported in the journal Science. The reduction in the effectiveness of these vaccines has been observed in both young and older veterans. The study has been done by experts from the Veterans Affairs Medical Center, the University of Texas Health Science Center, and the Public Health Institute in Oakland.