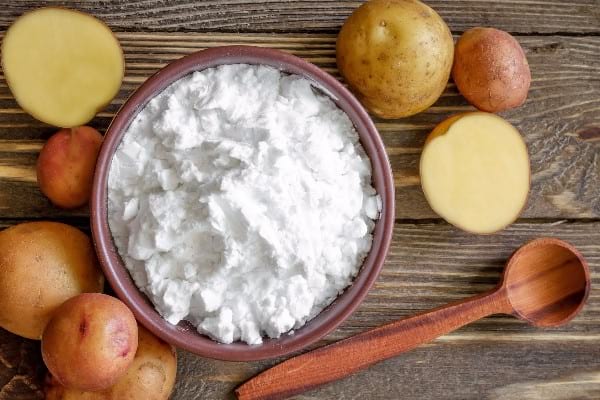 Potato starch is obtained from the tubers species of Solanum tuberosum, which was first cultivated around AD 200 in Peru. In Europe, starch was made primarily from wheat until the 18th century. Thereafter, potato became an increasingly important raw material for European starch. Fifty years later, the first maize starch was also being produced in Europe. Today, Europe remains the world’s leading producer of starch, with European potato starch being exported globally. Europe has managed to get to this point, as European potato starch farmers along with government initiatives grouped together to form agricultural cooperatives.

Starch is isolated from wide range of cull, surplus, and waste streams from potato processing. However, there are special potato varieties developed specifically for starch production. Tubers of these varieties generally contain 66–82% starch (w/w). Culled or surplus potatoes are washed with water to remove soil and foreign matter, and thereafter, could be washed again upon arrival at the processing plant. During the disintegration process which follows, sulfur dioxide is usually added to preserve color and inhibit oxidation. The potatoes are then disintegrated by saw blade rasp or in a hammer mill in order to be easy to mash. This mash is then screened for removal of the skins and fiber. After this, water-soluble impurities are then separated by washing potatos, and other impurities are separated by gravity separation, and the resulting pulp is then screened or sieved and reground, and a second starch extraction conducted to obtain a total yield of 12% starch based on the potatoes.

Water is added to starch isolated from sieves or screens to remove soluble material, and the slurry is then dewatered in a continuous centrifuge. Starch slurry isolated from these operations is dewatered using vacuum filtration and flash-dried at < 175 °C inlet temperature, and starch, dried to approximately 17–18% or less moisture is screened and packaged. Potato starch is used unmodified, or it may be pregelatinized, converted to a cationic form, or derivatized by hydroxyethylation and other processes.

Potato Starch can ideally be used as a replacement for cornstarch in most baking recipes. Its powder can sustain in comparatively higher temperatures as compared to cornstarch. This makes it an excellent thickener for sauces, soups, and stews etc. It also imparts moistness to any type baked products and is an essential ingredient in gluten-free baking food product. Potato starch is widely used commercially for thickening of soups, while pregelatinized potato starch is used in instant puddings, pie fillings, chewing gums, sweets, and for extrusion cooking. Not surprisingly, it is also used as a filtering medium in breweries.

Some forms of potato consumption are actually increasing, especially potato flour and potato starch. This trend is largely due to increasing number of individuals and consumers preferring a gluten-free diet, coupled with positive research indications on how this special type of humble vegetable starch benefits health.

By type, the are two types of potato start available namely; industrial grade and food grade. By application, the product is used in food industry, paper industry, chemical industry, and textile industry. In terms of production and consumption, Europe is dominating with major revenue share. This is primarily attributed, increasing demand for convenience food and higher food and beverages expenditure. Asia Pacific will register substantial growth rate over the next 10 years, owing to rapidly growing F&B industries in countries in the region.