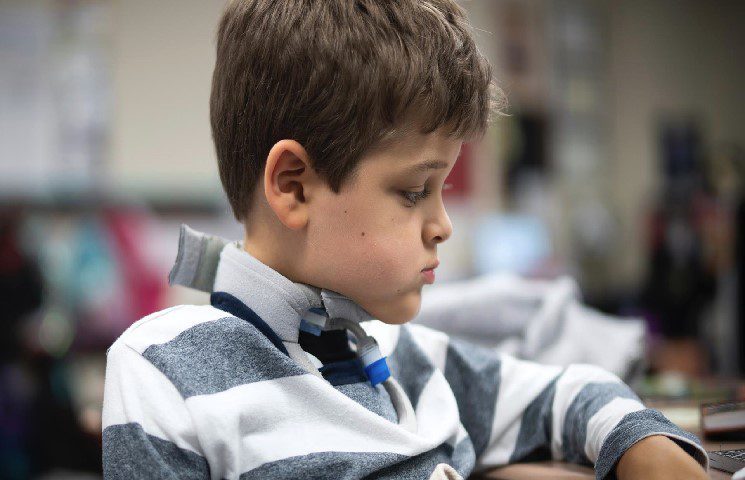 Health Officials in US Are Alarmed By Paralyzing Illness in Kids

Last year, Joey Wilcox, a four-year-old kid was found with the left side of his face drooping downwards early in the morning. This illness was like an unfolding nightmare. After 3 days, when Joey was hospitalized and kept in an intensive care unit, he was not able to move his other body parts and even sit straight. At this time, the doctors felt that Joey’s breathing ability may be lost and things would get severe. Many tests like spinal taps failed.

Jeremy Wilcox, the father of the child said that it was devastating to see that their child first gets a cold and then the body gets paralyzed. The family belongs to Herndon, Virginia. Joey survived from this paralyzing illness but many effects are still seen in him. In the US, 228 such victims were confirmed last year. This illness is called acute flaccid myelitis, or AFM. It is very rare and mysterious as well. Sometimes this illness gets deadly. Every year, it is striking an increasing number of kids and this has alarmed the health officials in the US.

Head of the National Institute of Allergy and Infectious Diseases, Dr. Anthony Fauci said that AFM has some similarities like polio. He published a report on Tuesday about this disease in the journal mBio. He said that AFM will not become as bad as polio. Polio had attacked tens of thousands of children in the US every year before the availability of its vaccine in 1950. There are many other countries like France, Norway, Britain, Canada, etc. that reported such cases, but the US outbreaks are comparatively severe. It hit more than 550 Americans in this decade. More than 90 % victims were children of ages between 4-6 years. There was one case of the age 32 and it was the oldest.

In AFM, most people first faced symptoms like fever, illness, etc. and when these seemed to end, then gradually turned into paralysis. For some victims, the paralysis was only for a small part of the body, for instance, a thumb did not move. Some victims lost the ability to eat and some faced breathing difficulties. In most cases, some movement of the victims was regained but not completely.