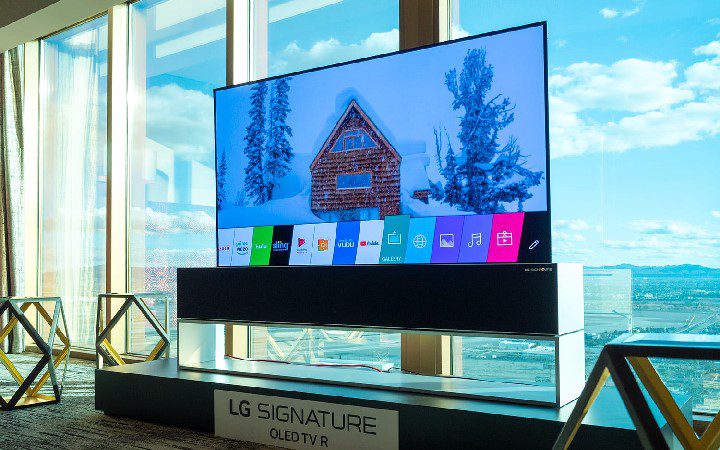 LG’s 8K TV OLED Display Can Double As A Speaker

In the last decade, Television screens have become so thinner that we even have wallpaper-like TVs today. The biggest challenge, however, has been accommodating a powerful speaker with the package. While most companies are including a dedicated soundbar, LG is planning something else. LG would be launching an 8K OLED TV, whose screen can double as a Dolby Atmos-powered speaker for audio playback.

Flexible OLED Panels are what makes all these possible. LG has been building this technology for some time and it’s quite ready for launch now. It’s expected that the Korean giant would launch these products during the CES event, or at least offer a hands-on experience. This 88-inch 8K television has been designed so thin that it would seem like an integral part of your wall. However, the company has not compromised quality.

According to LG, the OLED panels on the screen can produce high-quality sound. Dolby Atmos makes it more awesome because the sound will be emanated from the various sides of the screen, increasing the overall surround effect. Even when we keep the thinness of the device aside, the LG display is just awesome. It has one of the top Motion Picture response times ever recorded.

LG is set to introduce some other products during the CES event. For instance, it has been working on some 8K devices that are very inexpensive than the status quo. This trend is expected to make 8K televisions more expensive in the long run. Also, more cost-effective technologies will enhance this affordable trend. The firm also is planning to launch a portable display in the event. It is not clear how many of these products are ready for purchase and consumer usage. Nevertheless, LG is keeping up with the market, now that rivalries like Samsung are working on MicroLED tech.