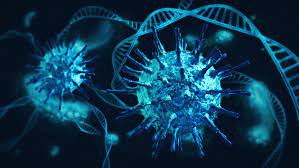 Health experts have said that lifting COVID19 restrictions in the UK will lead to the emergence of new and possibly more dangerous strains of coronavirus. In mid-July, the UK government has lifted most of the leftover COVID19 restrictions across the country. Scotland, Wales, and Northern Ireland still have some COVID19 measures in place to prevent the spread of the virus such as social distancing, and mandatory mask-wearing. Earlier, UK Prime Minister, Boris Johnson has said that the easing of restrictions is irreversible. A consortium of more than 1200 scientists from across the world has publically condemned the reopening policy of the UK government. Health leaders are worried about the possible risks of unlocking the country amid a high infection rate and partially vaccinated population. They are worried about how the open mixing of crowds will affect the evolution of the SARS-CoV-2 virus. Michael Haseltine has said that the strategy that has been opted out by the UK is apt for designing an experiment to develop a deadly strain of the virus that can be capable of dodging vaccines. Michael Haseltine is a virologist and the president of ACCESS Health International in the US. Amidst the rapid spread of the virus, only half of the population has been vaccinated, which will help the virus to learn how to dodge COVID19 shots. He has said that every time a person is infected, the virus goes on to make thousands of copies of itself. Experts have said that while making copies, there is a possibility that the virus might make an error in a new copy and that might give a benefit to the virus. Charlotte Houldcroft has said that a huge population with many infected people at once is a cause of worry. Dr. Charlotte Houldcroft is a scientist, who is studying virus evolution at the University of Cambridge.

The whole world is concerned about unlocking the UK as COVID19 cases are shooting up across almost all states in the US. In the last week of July, the UK has reported a total of 29204669 COVID19 cases that is nearly 37 percent less than the previous week. An official from the UK government has confirmed that there is no possibility of change in the government’s decision to lift COVID19 restrictions. Prime Minister has said that a delay in the removal of restrictions will suggest that reopening will happen in colder weather. . Charlotte Houldcroft has warned that the pandemic is not going to end soon and COVID19 infection continues to pose a threat to people and their families. She is worried about how the SARS-CoV-2 virus is going to respond to the immunological force of many vaccinated people. Dr. Houldcroft has claimed that shots are quite effective; they can very well prevent new infections. Nevertheless, these COVID19 shots can put huge selection pressure on the virus. Experts have said that a strain of the virus that has a new mutation might be better at infecting vaccinated people as well. The director of the Clinical Operational Research Unit at UCL London, Christina Pagel has said that there is a huge risk of a vaccine-resistant strain emerging in the UK amid the unlocking of the country. COVID19 cases are increasing in the US, Canada, and the whole of Europe. Scientists have said that even high-income nations as well are in the same boat.

Dr. Christina Pagel has claimed that the reopening of international travel might make it hard to contain the mutated version of the COVID19 virus. She has said that due to the position of the UK as a global travel hub, any mutated vaccine-resistant strain that is found in the UK amid unlocking will continue to transmit in the rest of the globe as well. Experts have seen the same with the Alpha strain. People who have been traveling across the world have contributed to the spread of the Delta strain across Europe and North America. Health experts have said that countries should focus on coordinating more on border restrictions. A week after restrictions have been lifted in the UK, London’s Heathrow Airport has been witnessing 60000 departing passengers per day. The Gatwick Airport has recorded nearly 250 flights per day. The number of flights has reduced to 15 per day at the Gatwick Airport during the COVID19 crisis. Last week, the UK government has declared that international flights as well will start operating from the UK. As per the new UK guidelines, passengers who are coming from countries like the UK and Europe and have been fully vaccinated will be exempted from quarantining on arrival in the UK. Dr. Pagel has warned that allowing fully vaccinated passengers from other countries to dodge quarantine is not a good plan as fully vaccinated people who are infected with the Delta strain can still spread the virus more easily. She has said that health officials should be worried about COVID19 infection that can affect the health of vaccinated people. Other health experts have said that the new travel policy of the UK is not going to help in containing the spread of new variants. They have said that as of now none of the variants seem to be fully vaccine-resistant but the future is still uncertain. COVID19 shots have never been fully efficient against the original variant of the virus, however, since the new variants have surfaced; the effectiveness of the shots has reduced. As per the Health Ministry of Israel, Pfizer-BioNtech’s shot has been proved to be only 39 percent potent against the Delta variant.