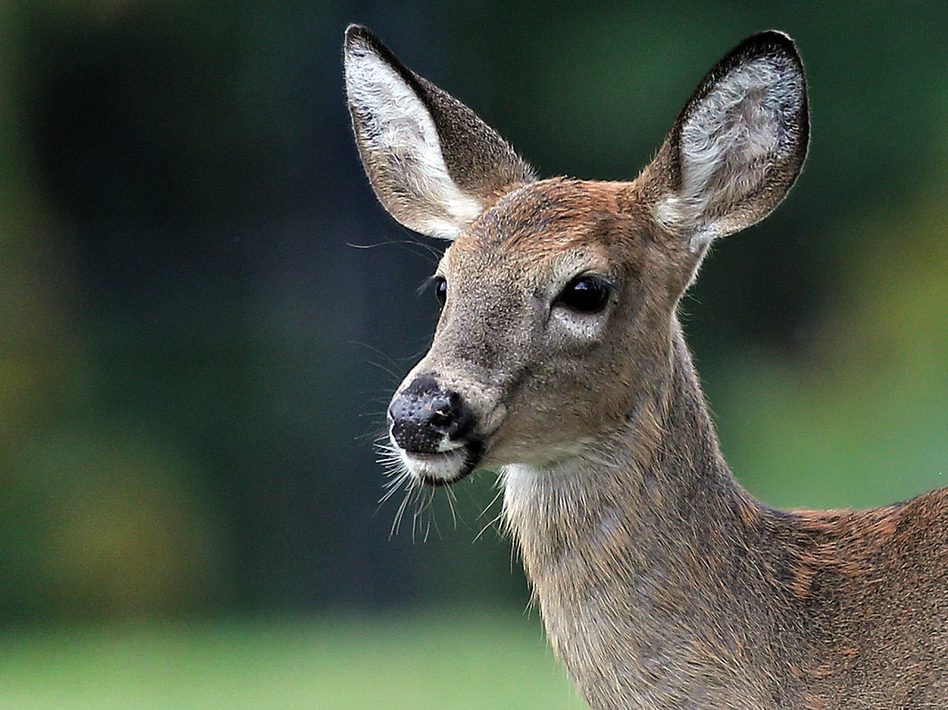 A group of scientists from the United States has claimed that a large number of white-tailed deer have been found to be infected with the SARS-CoV-2 virus that leads to COVID19 infection in humans. Nearly 40 percent of white-tailed deer that have been tested in Illinois, Michigan, Pennsylvania, and the state of New York from January to March 2021 have been found to have antibodies for COVID19. The study that is yet to be released has found that around 80 percent of deer tested in Iowa from November 2020 to January 2021 have been found to be infected with the virus. Such high rates of infection have made scientists believe that deer have been actively participating in spreading the virus to one another. The authors of the study have been able to find that these deer have been infected with various variants of the virus; it means there have several human-to-deer infections as well. Experts have said that a huge number of white-tailed deer in North America often reside close to humans, giving an opportunity for the virus to shift between the two species. The proximity of humans and deer includes wildlife management tasks, hunting, recreation, field research, and tourism. Scientists have noted that hunters are considered to be one of the most apparent root causes of possible reinfection as they handle dead animals regularly. The study has noted that water sources that are contaminated with the virus might offer a pathway for the virus transmission; however, it needs to be proved. The findings of the study have shown that human-to-deer or deer-to-deer virus transmission might be triggering the rapid spread of infection among white-tailed deer in the US. It has been evident in the early days of 2021 that the virus has been taking a toll on the human population across the world. Many past studies have found that humans can pass on the virus to domestic animals such as dogs, cats, and zoo animals. However, for the first time, the new study has shown that the disease is now spreading among wildlife species as well.

Health experts have said that white-tailed deer are the most abundant huge mammal in North America; their range extends from Canada to South America. White-tailed deer are considered to be social animals that live in big households of up to 12 members. These animals can thrive in a wide range of habitats such as urban parks, or woodland. These factors of their ecology and behavior make them more vulnerable when it comes to the spread of diseases such as bovine tuberculosis or chronic wasting disease, said the experts. These diseases have caused a considerable amount of harm to the health of wildlife and domestic animals across the world. Considering the findings of these reports, scientists have found that white-tailed deer might be a reservoir of the SARS-CoV-2 virus. This can not only infect a large number of wildlife animals but it can make the virus spill back to humans as well. This type of infection cycle has been reported earlier among workers who have been working in infected mink farms; it has forced the Danish government to euthanize the entire infected population of 17 million animals. Experts have said that there is no evidence to prove that the virus can spread from infected white-tailed deer to humans as of now. Initial testing has found that infected deer have not been showing any sign of the disease. However, the transmission of the disease among the wildlife population can have huge implications on the health of humans and animals. The authors of the study have said that viral mutations in a reservoir host like white-tailed deer might lead to the emergence of new variants of the virus. These new variants might lead to higher rates of infection, elevated virulence and might be able to dodge the vaccines more effectively. Experts have said that any reinfection from wildlife reservoirs can derail the government’s long-term efforts to eliminate the disease.

Health experts have seen the same kind of issue with influenza as well that can easily jump between birds, humans, and other mammals. Scientists have said that such multiple reservoirs of infection can cause the emergence of new variants that humans do not have strong immunity against. The same issue has been seen in the case of swine flu in 2009. Some experts have said that there are some limitations to these studies in terms of the approach used and the range of geographical investigation. The most recent research that has not been released yet has used genetic methods to detect the SARS-CoV-2 virus in sample tissues more precisely; however, the study has looked at only deer across Iowa. The first study that has been conducted on four states in the US has used antibody tests and has only revealed that the white-tailed deer have been exposed to the virus. Nevertheless, the combined findings of the studies have shown that there has been an extensive transmission of the virus among white-tailed deer. Health experts have said that these findings show that there is still a lot to learn about the emerging situation with COVID19 and wildlife animals. Experts have said that there is a need to conduct large-scale studies to understand the way of virus transmission from humans to deer and the risk of virus overrun back to human populations. Scientists urgently need to evaluate the risk that is posed by these reservoirs of infection to humans. They also need to assess the potential spread of the virus among other wildlife animals that interact with white-tailed deer such as predators and scavengers.