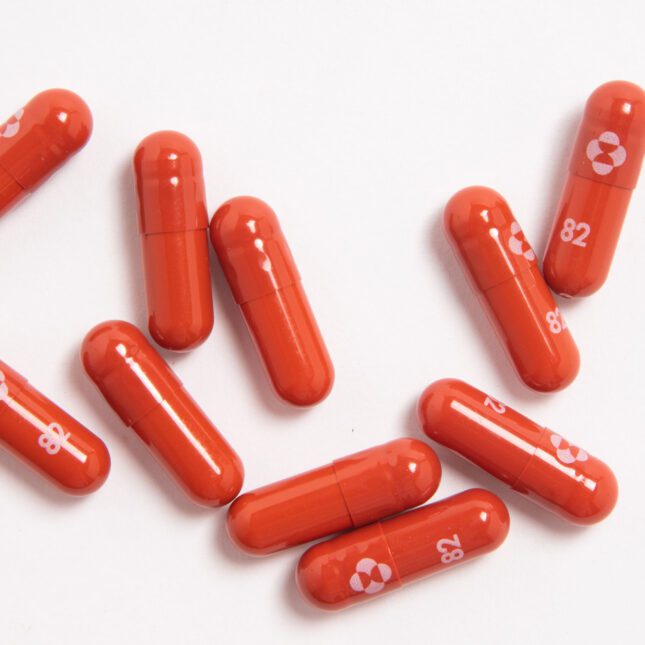 The UK government has authorized an antiviral COVID19 pill that has been developed by drugmaker Merck. The United Kingdom has become the first nation across the world to grant conditional sanction to the first COVID19 pill that has shown promising results in treating COVID19 so far. However, it is not clear how and when the pill will be available for public use. Experts have said that the pill has been certified for adults who are in the age group of 18 years and older and have been detected with COVID19 infection. The pill will be used to treat those adults who have at least one of the underlying risk factors such as obesity, hypertension, or heart disease that can increase the risk of developing severe COVID19 disease. Health experts from the UK have said that people who are having mild or moderate COVID19 infection will be prescribed four pills of the medicine that is known as molnupiravir two times a day for five days. Experts have said that an antiviral pill that can lessen symptoms and speed up recovery can be proved to be groundbreaking. The pill will ease caseloads in hospitals. The antiviral pill can help curb COVID19 outbreaks in low-income countries that have weak health care systems. They have said that the antiviral pill will support the two-protracted approach to the pandemic that is treatment via medication and prevention mainly via immunization. The antiviral pill developed by Merck has applied for authorization from drug regulators in the United States, the European Union, and other countries. The US Food and Drug Administration (FDA) has declared that the agency will appoint a panel of independent experts to examine the safety and efficiency of the pill by the end of November.

The officials from Merck have said that in the early stage there will be limited stock of the medicine. The officials of the company have claimed that the company will be able to manufacture around 10 million treatment courses by the end of this year. However, much of the supply of the pill has already been bought by many governments across the world. Health officials from the UK have announced in October that they have bought around 480000 treatment courses of the antiviral pill molnupiravir. They have revealed that thousands of people living in the UK who are at a high risk of the SARS-CoV-2 virus will be able to have access to the treatment during this winter. Health secretary of the UK, Sajid Javid has said that it is a historic moment for the country as Britain has turned out to be the first nation across the world to sanction an antiviral pill for COVID19 that can be taken at home by the patients. He has said that health officials are working closely with the UK government and the National Health Service (NHS) to rollout the treatment for COVID19 patients via a national study at the earliest possible. Health care providers of the country have said that antiviral pill treatment might benefit people who do not react to COVID19 shots well. Merck and its partner Ridgeback Biotherapeutics have urged drug regulators across the world to sanction the pill for adults who are dealing with early COVID19 infections and are at a greater risk of developing severe disease or being admitted to hospitals. Earlier people from the same age group have been offered treatments with an infused COVID19 antibody medicine that is a regular treatment for COVID19 in several nations for patients who do not need hospital admissions. The company has published the findings of clinical trials showing that the pill can reduce the number of hospitalization and mortality by half in people who are dealing with early symptoms of COVID19. However, these findings have not been peer-reviewed in a scientific journal yet.

Merck has not revealed much detail about the side effects of the antiviral pill. However, experts have said that the rate of side effects caused by the pill has been similar among people who have been treated with the drug and who have been given a placebo. Health experts who have been a part of the clinical trial of the pill have said that the drug focuses on an enzyme that is used by the SARS-CoV-2 virus to replicate itself. The pill introduces errors in its genetic code that reduce the virus’s capability to spread further and infect healthy human cells. However, considering the genetic activity, some experts have raised questions about whether the pill can lead to mutations that can result in birth defects or cancer. However, the UK’s Medicines and Healthcare products Regulatory Agency (MHRA) has said that experts have thoroughly examined the pill’s ability to intermingle with DNA and lead to mutations and it has not been found to pose a threat to humans. On the other hand, a study done on mice has shown that the pill might lead to damaging effects on the unborn child. However, it has been due to the doses that have been much higher as compared to doses prescribed for humans. Experts have said that these harmful effects have not been seen in other animal studies. In the clinical trial, men and women have been asked to use contraception and or refrain from having sexual contact. Pregnant women have not been included in the studies.

Merck has claimed that the pill is quite safe when it is used as prescribed. Initially, molnupiravir has been studied as a possible flu therapy and the US government has funded that study. Scientists from Emory University have decided to study the pill as a potential COVID19 therapy last year itself. Later, they have accredited this drug to Merck and its partner Ridgeback Biotherapeutics. Merck has decided to allow other pharmaceutical firms to manufacture its COVID19 pill to help millions of people living in low-income countries across the world get access to treatment. A U.N.-backed group known as the Medicine Patent Pool has said that Merck will not obtain royalties under the deal for as long as the World Health Organization (WHO) considers the COVID19 as a global crisis. However, many activists have condemned the deal for not including middle-income nations that are capable of making millions of treatments such as Brazil, and China. Some experts have criticized Merck for widely sharing its formula and pledging to help firms that are in need of a technological assistant. A senior health advisor from People’s Vaccine Alliance, Mohga Kamal-Yanni has said that unlike the unequal allocation of COVID19 shots across the world, low-income nations will not have to stand in the back of the queue to get access to this antiviral pill. As per the report, less than 1 percent of the world’s all COVID19 shots have been available to low-income countries. The US government has agreed to pay around $700 per course of molnupiravir treatment for nearly 1.7 million course treatments.