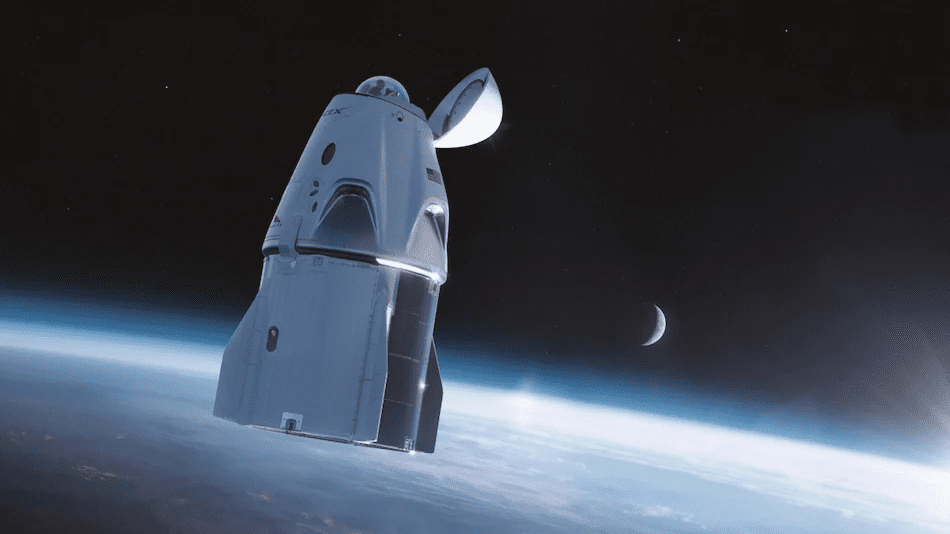 4 astronauts in a SpaceX spacecraft blazed through the Florida night sky like something resembling a meteor before nosediving in the Gulf of Mexico on Monday night. The successful landing marked the end of an exciting six-month stint aboard the International Space Station. The astronauts were members of a mission dubbed Crew-2, and they included NASA’s Shane Kimbrough as well as Megan McArthur, Japan’s JAXA’s Akihiko Hoshide, as well as the European Space Agency’s Thomas Pesquet. “It’s amazing to be back on Earth,” Crew-2 commander Mr. Kimbrough shouted to SpaceX control center from inside of the spacecraft after it with the aid of 4 enormous parachutes drifted down into calm seas around Pensacola, FL.

On Monday afternoon, he along with his colleagues departed the space station at 2:05 p.m. Eastern time, and arrived on Earth at 10:33 p.m. 2 pilot chutes were launched as anticipated to slow the spacecraft, then 4 primary chutes were deployed, with one staying crumpled for over a minute before it finally opened up. The Crew Dragon spacecraft was ultimately made its way to calm seas after all of the chutes were deployed. “The homecoming looked pristine,” NASA’s space operations head Kathy Lueders remarked on the agency’s Livestream. She stated that technical teams will look into the one “laggy” chute that did not unfold promptly, noting that it was “behavior we’ve observed several times in prior testing.”

The spacecraft, dubbed Endeavour, drifted in the sea before rescuers gathered around it and hoisted it aboard a recovery vessel. Within an hour of the spacecraft’s arrival, personnel began assisting the joyful astronauts out of the spacecraft and onto stretchers as they began re-acclimating to the influence of gravity. Crew Dragon, a gumdrop-shaped crew spacecraft created by SpaceX as a substitute for the space shuttle with around USD 3 billion in NASA financing, made its fourth successful return to Earth. The capsule is projected to save NASA funds since it eliminates the need for the agency to purchase pricey seats for its crew on Russia’s Soyuz spacecraft.

The road was never without challenges. NASA instructed the astronauts not to use the capsule’s bathroom for the length of their stay. In September, technicians on the ground discovered a leaky toilet pipe in another SpaceX vehicle. The problem was limited to a chamber in the spacecraft’s flooring and did not affect the cabins. However, NASA placed the Crew Dragon’s lavatory at the space station off-limits until it could be repaired. As a result, the team had to either hold it or utilize astronaut-grade diapers incorporated into their flying suits as a backup.