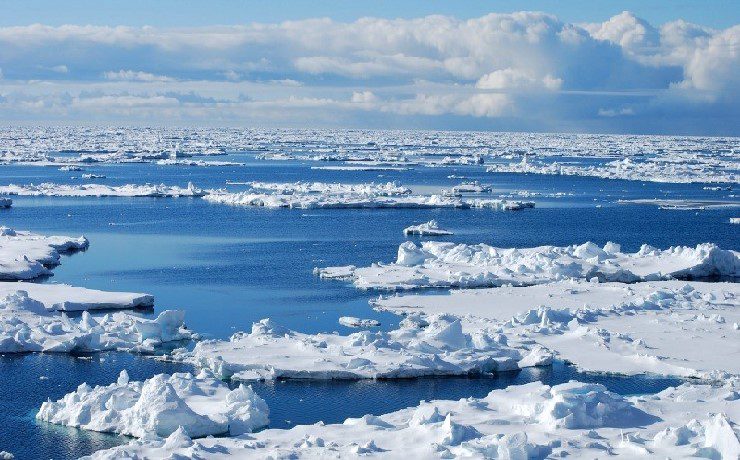 Melting glaciers in the Arctic Ocean show that the temperatures on Earth are getting hotter at a fast pace. The researchers collected ancient plants from 30 different sites on the Islands in the Arctic. These plants were 40,000 years old and they have been now revealed by the Canadian Arctic glaciers. This analysis also showed that the current era is the hottest in the last 100,000 years. Ancient landscapes are revealed as these glaciers melt down.

Ancient landscapes in Canadian Arctic glaciers have been unearthed and this is an alarming situation. If warming continues at this rate, the icy islands would be totally free from ice within just a few centuries. The researches collected samples of 48 different plants from the Baffin Islands which included ancient lichens, moss, etc. They used radiocarbon dating and found that these plants were buried under the ice for more than 40,000 years. They gathered plants from different exposures and elevations. The Arctic is warming at a rate twice or thrice faster than the rest of the world.

The samples of plants were analyzed in the lab to find out their historical information. The findings showed that the temperatures in the Arctic were the hottest in last 115,000 years. NASA said that the amount of ice in these areas is declining at a dangerous rate and it could have really bad effects on the planet. The NASA experts also said that the sea ice amount was low this year. It can lead to differing weather patterns, climatic changes causing hazards to plant and animal life.

Everything has started melting everywhere now. This will remove all the ice from Baffin Island in the coming few centuries, even if there may not be any summers now onwards. The melting ice can also lead to alteration of the shipping routes. It will badly affect ocean circulation and coastal erosion as well. Henceforth, less ice will be produced and more ice will keep melting. This ultimately increases global warming increases. The researchers said that these trends in temperature changes are taking place very rapidly.